What is the average salary of an Executive?

You are here: Home HR Hub Blogs Research, Insights and Publications What is the average salary of an Executive?
Toggle Sidebar

There are countless job roles in the UK that have the word ‘executive’ in the title. It’s a broad-reaching term that typically relates to a person having the power to put certain plans into motion and action decisions. Executives typically have a level of power above an assistant, although whether or not this aligns with managerial responsibility depends on the role in question. For example, there might be a marketing executive within a company, but there will likely be a marketing manager who holds the authority within the department. That being said, a chief executive officer typically holds more power than almost everyone in a company.

It’s common for most people to hold an executive job role in some capacity at one stage in their life. Executive roles can usually be found in competitive industries, like business, finance, sales and marketing. This can make getting a position competitive, and it can make retaining executives within your business somewhat difficult. This is why it’s important to know what the average salary of an executive is, otherwise you risk losing your best staff to competitors.

If your company employs an executive, keep reading to find out the average salary you should be paying them or what they can expect to earn.

What is a Sales Executive salary?

There are roughly 134,000 business sales executives in the UK (as of 2020), making this one of the most popular job roles. Whether it’s selling a service or a car, sales executives are vital to the success of a company because – generally speaking – they’re responsible for turning leads into conversions. Without sales executives, businesses would struggle to get custom and would, inevitably, fail. That makes getting the right salespeople essential and keeping them even more important.

There’s a lot of factors that can influence a sales executive salary, namely the nature of what is being sold. A sales executive can expect a basic salary of £18,000 -£30,000. Their basic salaries tend to be lower as most sales execs work on commission, so the potential to double their income every year is often within reach depending on job performance.

Once sales executives reel in customers, it is the job of an account executive to keep the client happy and manage all of the queries. They are essentially the new point of contact and must maintain positive client relations in order to maintain the business of the client as a whole. It can be a demanding job and one that isn’t always easy, especially when things go wrong or the client isn’t happy and needs their expectations to be managed.

Account executives can expect to get paid more than a sales executive in terms of a basic salary, but they won’t generally work on commission. Their basic salary is typically in the region of £20,000-£40,000, but bonuses may be earned if a client is managed in such a way that a positive testimonial is received and they become a long-term customer as a direct result of the service they have received from their account manager.

What is an Executive Assistant salary in the UK?

Executive Assistants hold a crucial role within companies and one that is often overlooked. They are often thought of as a higher paid secretary, but their end goal is much more than getting senior management coffee. Executive Assistants have a responsibility to ensure their managers are running at full capacity in order to maximise productivity which, in turn, should allow the company to make more money. If senior management attends meetings on time, are prepared and briefed on all aspects of the business and have someone to filter out emails/phone calls that do not need immediate attention, they have more time to effectively lead their teams and increase work output in a way that benefits the overall company.

It’s a job with much responsibility and, as such, it typically has a salary to match. Executive Assistants need to be efficient, organised, firm and have the ability to multi-task. If they do all of this successfully, they can expect to earn between £25,000-£40,000 per year.

What is a Marketing Executive salary?

Marketing is a broad-reaching job role that spans almost every job sector. For this reason, the salary can vary greatly, but generally speaking, a Marketing Executive can expect to earn £15,000 as a very basic entry wage, and up to £40,000 as they progress through their career. Marketing Executives are in a position to advance in their careers as, generally speaking, the ‘executive’ part of their role does not relate to senior authority, although it could do depending on the organisation. This gives those in a marketing executive position the opportunity to progress into a higher paid role, such as a senior marketing executive where they could expect to increase their income. 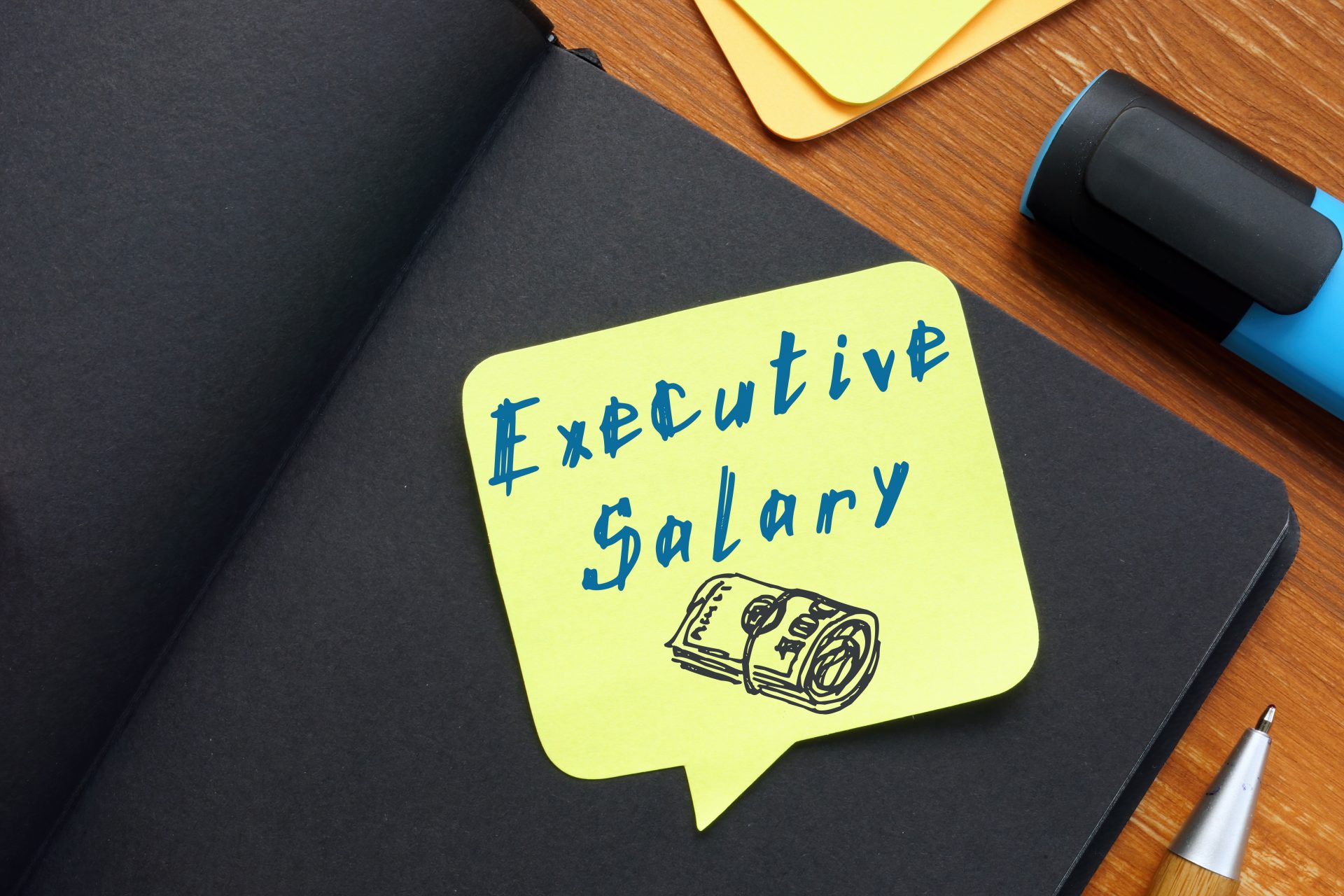 What is an Executive Chef salary on average?

There are few careers as stressful as being a chef. The pressure of getting meals right is not for the faint-hearted. Kitchens rely on seamless unity in order to work properly, and that’s why they follow a rigid hierarchy system. At the bottom of the kitchen pile is the dishwasher – the person who washes the pots and pans – and at the top is the Executive Chef, sometimes referred to as the Group Chef. This type of chef bears a lot of responsibility, especially if they work for a chain restaurant and have several branches to look after.

What is a Legal Executive salary?

Any career in the law field will require a certain degree of training, and this means salaries can range from basic entry roles of less than £20,000 to in excess of £100,000 per year, though this depends on the specific role. Legal Executives are different from lawyers and solicitors, and this is reflected in their salaries which is a direct representation of the skills and duties required.

Legal Executives typically undertake many of the same responsibilities as a solicitor, but they tend to be more specialised. They don’t require quite as much training because they choose one area of law from the get-go and stick with it. Whilst this means it’s cheaper and shorter to become qualified as a Legal Executive, it’s difficult to move to different areas because much of the training is centred around one specific topic, which means a Legal Executive generally has less broad knowledge than a solicitor. When starting out, a Legal Executive can expect to earn anywhere from £15,000-£28,000. Following three years of work experience and upon completion of becoming a chartered Legal Executive, the salary can rise to upwards of £55,000.