The future of work

As the UK continues its journey along the roadmap out of lockdown and indoor hospitality reopens, we ask what do people want from their work after the pandemic? 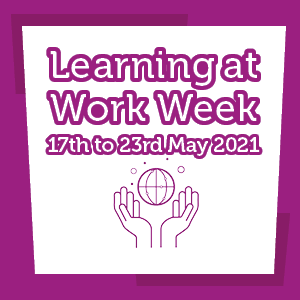 Having all gone through a transformative period where productivity was maintained and, in some cases, increased, do people want to be purely remote or are many people excited to return to a physical office space?

This week it’s Learning at Work Week – we capture how businesses are factoring in employee preferences when it comes to returning to work and how continuous learning across the business can be maintained to suit different models of working.

The impact that mandated working from home has had on society has been nothing short of revolutionary. Social distancing, remote working and self-isolation are all familiar terms that have become embedded in society over the last year. 60 per cent of the UK’s adult population are currently working from home and 26 per cent plan to continue to do so after lockdown.

The World Economic Forum’s description of this period as the ‘fourth industrial revolution’ reflects the lessons learnt for companies and employees alike over this period. For companies, the transformation was immediate, with remote working rolled out overnight in some cases. It also reinforced the fact that productivity at home did not decrease – in fact it increased in many circumstances, with employees doing longer hours and taking fewer sick days in 2020. Equally, for employees, they report the cost savings to them in terms of the commute and lunch spend associated with being in the office and having more of a work life balance, being able to see more of friends and family by cutting down commuting and work travel.

50 of the UK’s biggest employers do not plan to bring staff back to the office full time.

Four in five firms expect hybrid working post-lockdown. People who can work from home are being advised to do so and 50 of the UK’s biggest employers do not plan to bring staff back to the office full time, indicating that flexibility will be in-built for future workplaces. It is important for those adopting hybrid working to target support in terms of career progression and not offer a false sense of flexible working. This risks creating a two-tier workforce where those who take advantage of flexible working miss out career-wise, when in fact those who are present in the office are prioritised for promotions and career development, undermining inclusivity. There is also potential division between roles that can be home-based, such as administrative and professional services roles, and those that require employees to be in the office, such as operational roles. These will raise logistical problems for employers who do not want to create too much division between their employees.

According to the ONS, prior to 2020, employees who mainly worked from home were 40 per cent less likely to receive job-related training compared to those who did not. However, those new to working from home in 2020 were 35 per cent more likely to receive training. With more awareness about upskilling across the business and working from home actually being more efficient for companies in some cases, the case for online learning and development modules has been written for itself. The key is to maintain momentum behind such initiatives and creating content that enables employees to stay up to date and agile for their roles. Digital learning is now seen as a necessity. In addition to upskilling tools, there has also been a renewed focus on wellbeing strategies being delivered digitally.

In terms of transforming the approach to learning over the pandemic, new ways of working and learning were necessitated within a short time frame. From mastering zoom and breakout rooms to providing solutions that were not ‘one size fits all’ – there has been diversity in training that accommodates different learners and as a result, different demographics. The shift to online teams and online recruitment where people have started roles without attending the offices but have been interviewed over zoom means that recruiters can also access different demographics and a more diverse talent pool. 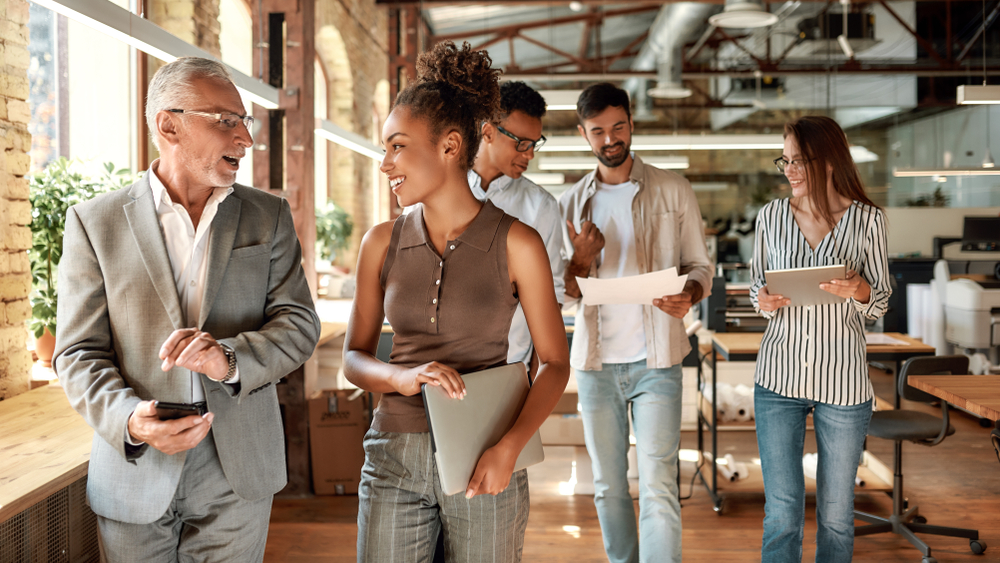 People are emboldened to ask, how often do you need me actually in the office? Members of staff are being recruited without physically meeting their colleagues. In addition to new recruits, amongst existing employees there is potentially a reticence to come back to the office or attend group training inside beyond 21 June. Beyond a matter of safety concerns, there is the potential for social anxiety after such a hiatus from the office. The digital community and culture created by your workplace is becoming as important as the physical office that remains dormant for many during this period.

The return has to be carefully managed to ensure employees feel listened to or the morale and long-term retention of organisations will be affected.

It’s not as simple as mandating the return to the office for people. The return has to be carefully managed to ensure employees feel listened to or the morale and long-term retention of organisations will be affected. Emerging results from our spring UK Reward Management Survey highlight how there is an increase in the number of employers having to pay up to 20 per cent higher salaries than those of current incumbents to attract the right skills for certain roles. For certain roles where employers are struggling to recruit, they are paying more of a premium. However, overall recruitment and retention challenges which usually see 65-70 per cent of employers anticipate difficulties, are in fact at a record low in ten years, with 30 per cent anticipating difficulties.

According to recent labour market statistics, the number of vacancies is recovering but the levels are not consistent with previous rates. Companies are gradually seeing people start to move whilst others are being more creative about their recruitment strategies, with less reliance on agencies and more of a focus on LinkedIn and other more direct methods to keep costs down. It will be interesting to see whether the reopening of the economy will result in a more buoyant labour market where people want to take back control of their work-life balance and whether they see more flexibility in their role if they want to continue to work from home.

The future workplace and its learning and development opportunities also raises the question of whether people can now truly work anywhere. Traditional complaints about the commute are now replaced with queries about who should be paying utility bills and for office equipment. The recognition of a three-day week may drive transportation companies to consider a three-day season ticket loan to recognise the changing landscape of people’s working patterns. A negotiation on costs with the employer to offset the heating bills against the save on the commute should be an open conversation.

However, what may be a longer-term effect is whether employees would still have access or the right to a London pay rate if they live elsewhere. The BBC plans to move more jobs out of London as part of a wider economic plan to invest in more regional areas, fuelling UK-wide growth. Premiums for roles based in big cities may dissipate over a long period of time. It would be too much to change pay rates now on a drastic level. However, over time we may see companies recruit across a more national market – with internal equity in mind across the business. This may result in the impetus being on whether it is the same job, paid equally, without regional pay differences acknowledged. This again would put the online working community at the heart of this strategy – so that anyone anywhere can access equivalent pay rates, learning and development tools and benefits wherever they are based.

Hybrid working has been described as a journey that companies embark on with defined phases: adjust, re-evaluate and repeat. The term allows for flexibility but may be adopted to very different degrees by different organisations and sectors. For example, HSBC and Nationwide have announced their plans to reduce office space. There is also a renewed impetus on designing co-working spaces in cities. This may raise the question of who covers the cost of office spaces in all forms. For others, the role of the office will be permanently transformed. We will see offices act as a social hub designed for collaboration to spark ideas and facilitate coffee machine conversations. Some may offer flexible hours, enabling employees to start and finish at times where they can avoid rush hour. With two thirds of employees reporting that they were more productive when working from home, it is likely that it will be harder for employers to say no to flexible working requests – shifting them from a discretion to an expectation.

Chief executive of Washington Media voiced concerns that remote working risks the erosion of office culture. Cathy Merril discussed how her team was well-established going into the pandemic, with established practices and shared values giving them a framework for remote working. She argues this is harder to achieve when you start from scratch. Similarly, Goldman Sachs’ Mr Solomon described remote working as an “aberration”. Approaches may also be influenced by the type of sector, with similar reports that bankers crave the return of in-person trading floors, reflecting high-octane working environments. This view is at odds with Microsoft, Facebook and Twitter who have all said that staff would have the option to work from home permanently. Facebook has equally suggested that up to half of its staff could work remotely. Companies will have to be driven by what best suits their culture and their people.

What is clear is that there is no defined route back to the office and no template for a best practice approach. Being inclusive and shaping your response by actively listening to your employees will ensure that they feel supported and heard throughout this transition into the “new normal”. Employers should be focusing on outputs and where people do their best work – this will guide them in shaping new policies and learning and development opportunities to support their people in delivering their best on behalf of the organisation. If you’d like to discuss your approach, we’d love to hear from you. Equally, if you take 10-15 minutes to have your say on your reward strategy and the latest trends in HR, you’ll receive an anonymised report of the results.

The lifting of restrictions is in sight, with a clear roadmap taking us into the summer. No one coul...

Reset the timeline on Gender Pay Gap Analysis and Reporting

In this guest blog, gender pay gap specialists Spktral, tell all on their latest campaign to #ResetT...

How the roadmap out of lockdown is shaping the new normal

On 12 April, the UK entered the next step in its roadmap out of lockdown with the opening of shops, ...