According to the latest Reed Job Index, new job opportunities have reported a strong growth, whilst salaries have remained static.

The monthly index now stands at 166, up three per cent from last month and up 24 per cent from 12 months ago. Job opportunities are now at their highest since the Reed Job Index began in 2009. 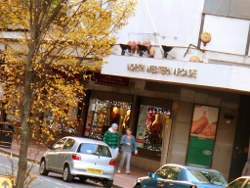 Jobs growth seen across a wide variety of employment sectors

Compared with September 2012, there are been varying degrees of growth in vacancies across different sectors - the most prominent being:

Manufacturing - up 32 per cent;
Retail - up 31 per cent; and
Construction and property - 78 per cent.
Overall, more than 50 per cent of sectors have seen vacancies grow by more than 20 per cent over the last 12 months.

However, the picture on salaries is less positive, remaining the same as 12 months ago and four per cent below 2009.

Commenting on the latest figures, James Reed, chairman of reed.co.uk, says: “Our vacancy figures have indicated an improving picture of the state of the UK economy since before the beginning of 2013. This has been echoed by other industry statistics more recently. While previously growth was being driven by a handful of sectors and locations, encouragingly September saw jobs growth across the vast majority of sectors and across all regions.

“Amidst all the positive indicators, the absence of salary growth continues to temper wider optimism. Pay has remained static for the past three months now and our figures show that since the index began back in 2009 employees won’t have noticed an improvement in their pay packets. While it is clear that 2013 will be far more fruitful for jobseekers than 2012, there is still a sense that salaries aren’t going anywhere fast."