Recovery – coming soon to a country near you

You are here: Home HR Hub Blogs Research, Insights and Publications Recovery – coming soon to a country near you
Toggle Sidebar

It is interesting to compare the current health of different countries’ economies. This is particularly relevant now, as the 2011 Davos World Forum has highlighted the variety of approaches governments adopt towards the recession and recovery. 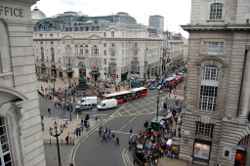 In the past week there has been some positive news from the US economy. Last month, US output increased at its fastest rate in seven years according to a survey from the Institute for Supply Management (ISM). Indeed, it was the 18th month in a row that the US manufacturing sector has shown expansion.

Manufacturing in the UK also expanded in January, at its fastest rate since records began in 1992 (according the Chartered Institute of Purchasing and Supply - CIPS). However, Manufacturing only represents a small proportion of the total UK economy and analysts will watch the crucial Services sector with most interest.

Back to the US and the strong manufacturing figures coupled with upbeat corporate earnings added to confidence in a US recovery. This helped US shares hit their highest level in more than two years (the Dow Jones closed above the 12,000 mark on 1st February). Earlier this week official figures also suggested consumer spending grew at its fastest rate in three years during 2010.

Evidence from Germany also affirms the Global recovery is continuing, as it recently raised its growth forecast for 2011 to 2.3 per cent. This is in stark contrast to the recent shock drop in UK GDP (0.5 per cent in the fourth quarter of 2010), although Germany’s responsibilities towards the Eurozone may limit its own economic recovery.

The UK government’s current policy of prioritising reduction in the deficit is bound to have an impact on the UK’s position in the Global recovery. Whether the policy will lead to a double dip recession in the short-term or leave the UK lagging behind its neighbours in the long-term as the Global economy recovers, it remains to be seen. What is certain is that the UK government’s policy is unlikely to change significantly in the foreseeable future.