How to close the gender pay gap across your organisation

You are here: Home HR Hub Blogs Equal Pay How to close the gender pay gap across your organisation
Toggle Sidebar

The Equality and Human Rights Commission (EHRC) has confirmed that companies have an extra six months to publish their gender pay gap results. The government has moved the deadline on gender pay gap reporting to 5 October following its suspension last year.

As reporting provides employers with the opportunity to demonstrate their commitment to gender equality, we outline preliminary indications from early respondents to our spring UK Reward Management Survey 2021 about how they intend to treat their data and indicative timelines for the year ahead. 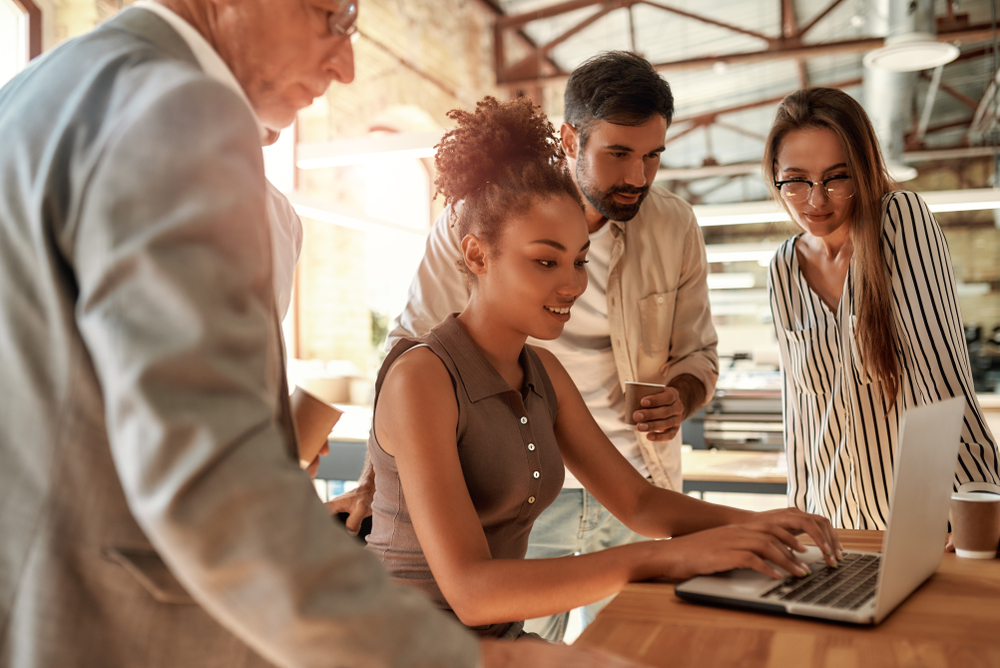 In the height of the pandemic, as the UK entered its first lockdown, the government suspended the reporting requirements for April 2020 to try to strike a balance between supporting businesses and enforcing the important regulations.

“We know businesses are still facing challenging times. Starting our legal process in October strikes the right balance between supporting businesses and enforcing these important regulations.”

Our UK Reward Management Survey is currently live. We have asked initial respondents about their gender pay gap data which would have been due in April 2020 – 52 per cent calculated the data and published or intend to publish this externally, 11 per cent have calculated it; 4 per cent published the data internally; and 15 per cent didn’t calculate the data.

In relation to this year’s Gender Pay Gap Reporting, 47 per cent intend to publish their data by the original April deadline; 27 per cent will publish by the extended October deadline; and 18 per cent do not need to calculate their data because they have less than 250 employees. It is interesting to see that the majority of the overall 74 per cent who intend to publish will do so by the original date, perhaps reflecting that they are keen to not be caught out by moving goalposts.

The willingness of employers to publish their data this year may also reflect the criticism of last year’s plans to suspend the mandatory requirement. Furlough could also have a significant impact on pay gap data, making the narrative that accompanies the figures even more important. Further examples of how to treat furloughed employees in the calculation of your pay gap can be found here. Companies will be expected to provide detailed action plans to demonstrate the steps they are taking to reduce pay gaps.

A significant number chose to publish their data voluntarily last year. The EHRC will investigate and fine employers that do not fulfil their obligations under the Gender Pay Gap Reporting Regulations and non-compliance may lead to court action after the October deadline. However, the suspension itself is commensurate with the fact that the pandemic has had a disproportionate impact on women. More women have been furloughed, lost their jobs, had their hours cut and experienced greater disruption due to homeschooling according to the Fawcett Society. The reinstatement of the deadline and encouragement to report as close to the deadline of 4 April 2021 reaffirms the commitment to promote progression that the pandemic has threatened.

Further gender equity in the workplace

Gender pay gap data can direct employers to the key drivers behind their figures, enabling them to identify issues that need addressing. However, only 59 per cent of respondents to our survey so far plan to conduct further analysis into Gender Pay across their organisation as a result. The Fawcett Society said that pre-pandemic, there was evidence that the gender pay gap reporting had been making progress with a five per cent increase in the probability of women earning above the median hourly wage and occupations with higher gender pay gaps demonstrating more female-friendly recruitment practices. For one fifth of responding employers who say that no actions are being taken, we hope this reflects that there is a programme of wider equality, diversity and inclusion initiatives being pursued.

There were concerns that delayed enforcement would send the wrong message to employers that meaningful change is a ‘nice to have’ and not a business imperative. Whilst it is undeniable that businesses have been severely affected, women and minority employees have been adversely affected by the pandemic who are already at a disadvantage. Wider equality, diversity and inclusion should be a business imperative in itself following research by McKinsey & Company which highlighted the direct correlation between staff diversity and financial performance. Those embracing wider cultural and gender demographics in recruitment across all levels of the business are up to 35 per cent more likely to generate higher profit levels.

Cultural transformation does not happen overnight. Whilst there is no mandatory requirement to publish data on pay gaps in relation to ethnicity and disability, employers increasingly want to get their house in order and ensure they are in a position where they can publish their statistics on this. Out of those already surveyed for our UK Reward Management Report, 51 per cent are already looking at their employee data regarding ethnicity and 28 per cent plan to examine their ethnicity pay gap. 30 per cent are looking at age demographics and 33 per cent intend to. 26 per cent have already looked at their data on disability pay gaps, whilst 42 per cent intend to examine their records. The majority of employers are looking to analyse their data in the near future if they have not already started to, demonstrating the move towards transparency when it comes to the make-up of organisations that is set to be a big part of an employer’s employee value proposition. Diversity is more than a tick box exercise; it is becoming part of the DNA of organisations.

HR analytics is a growing area of the business for firms who want to demonstrate their commitment to equality, diversity and inclusion. It is often said that businesses are a microcosm of wider society; therefore embedding a culture where equal opportunities for all are championed shows the role that company is playing in promoting a fairer society. Using an evidence-based approach can create tangible change. Roles are increasingly dedicated to actively managing the varied information that HR has access to and translating insights into action across organisations. Heads of Diversity and Inclusion are being tasked with identifying where companies are attracting people from, where they are losing people to and making sure the data is robust. This is especially complicated where definitions may be blurred or the data collection is not standardised across businesses. Having dedicated teams to rationalise and interpret this data is crucial to truly embed the strategy across the business.

Equality, diversity and inclusion policies across the business

Many companies are volunteering their data to hold themselves to account. Cancer Research are amongst the employers who have published their gender pay gap figures for 2020 and ethnicity pay gap figures for the first time. Employers are tackling the question of gender equity alongside the opportunities they offer to be inclusive of wider demographics. Unconscious bias training, networking events and defined initiatives to target wider recruitment are all various methods being pursued to broaden the demographic of a company’s workforce. Facebook and Twitter have pledged support for Silicon Valley Leadership Group’s 25x25 diversity initiative, whereby tech companies are ensuring that 25 per cent of their leadership team are drawn from underrepresented groups by 2025.

Once seen as a threat to productivity, remote working is now the norm – with virtual interviews and on-boarding in place. This enables more fluidity for candidates who can apply for positions where they no longer need to commute – widening the talent pool for employers. The pandemic has also coincided with the Black Lives Matter movement, whereby shortcomings in opportunities based on people’s race have been highlighted. Unconscious bias training and redacting identifiers of race or gender in CVs can be used to improve the recruitment process and ensure the shortlisting and interview process is objective and fair – which can be further supported by telephone interviews.

Employers are looking to sustain the momentum in attracting people into their industry in support of long-term diversity. Particular sectors such as construction are increasingly thinking about how they can drive diversity in a traditionally male-dominated workplace, engaging with education counsellors to explore how they can best achieve this from an early age. This trend before Covid-19 may in fact accelerate as professions examine their own track record and really question where they recruit from. An awareness of the benefits to the employer of recruiting from further afield to access a greater range of skills and perspectives may well help those facing current barriers to attract a more diverse candidate pool.

Employers play a crucial role not only in championing diversity in their immediate workplace, but in creating lasting change for wider society. Employer transparency over gender pay gaps is a critical first step in paving the way towards a greater focus on the track record of each business when it comes to equality, diversity and inclusion. Call us today to discuss how we can help you rationalise your employee data when it comes to understanding the demographics of your workplace.

Navigating the legality of employers’ workplace testing and enforcing vaccinations

We held a virtual legal workshop with Gowling WLG on 2 March to help attendees navigate the myriad o...

The roadmap out of lockdown is within our sights and all eyes are on the Chancellor's budget. Busine...

How to embed Equality, Diversity and Inclusion in 2021

Equality, diversity and inclusion is increasingly not only a moral or cultural imperative – it’s...