Employers are advertising zero hour contracts because there are so many jobseekers hunting too few vacancies and the TUC has warned that young and vulnerable workers can be put at risk. 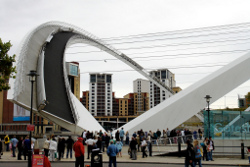 General secretary of the TUC, Frances O'Grady, has called on the Government to review the use of zero hours contracts.

She said, with "tough times set to continue", now is the perfect time for the Government to start a review.

O'Grady said she was worried about the increasing use of these "exploitative contracts".

"Employers know they can get away with advertising zero hours jobs because there are so many jobseekers hunting too few vacancies," O'Grady said.

Employers use zero-hour contracts to keep staff on standby, without promising them any specific working hours. But the TUC has warned that young and vulnerable workers can be put at risk.

The Government estimates that there are as many as 200,000 of the contracts in operation across the economy, including many in the public sector.

O'Grady added: "Young people desperate to gain experience of the world of work are the most vulnerable to this kind of exploitation.

"Anyone employed in a zero hours way can never be sure how many hours they'll work or how much money they'll get in their pay packet which puts a real strain on their already stretched finances and can make organising childcare a logistical nightmare."

Last month union, Unite also called for the contracts to be "outlawed". James Lazou, research officer at Unite, told HR magazine, these contracts mean employees are obliged to be available for work at the "whim of the employer".

"The assertions that this flexibility, benefits both employers and employees equally are at best deeply naive," Lazou said.

O'Grady said: "The Government must get tough with those employers who want to get workers on the cheap and encourage them to start employing people on proper contracts with decent wages."