How Brexit could affect your business

You are here: Home HR Hub Reports The Economy How Brexit could affect your business
Toggle Sidebar

The decision for the UK to leave the EU in the summer of 2016 was divisive to say the least. With uncertainty on both sides of the coin, investors quickly turned their attention to the UK’s financial future, deciding whether to jump ship themselves or ride out the storm. Civil rights bills expected to be passed this year have also been thrown into question, owing much to the mass media coverage of Brexit overshadowing the gender pay gap issue. But How Brexit could affect your business In the past, the UK has been at the helm of introducing civil rights laws to Europe, such as the race and sex discrimination of the 1970s and the disability discrimination act of 1995. Many have used these independent success stories to support their arguments to leave the EU, and have criticised our European overseers for being intrusive and obstructing our progress with so much red tape. Nevertheless, our own advancements were not made without Europe’s aid. Aside from supporting and developing these rights, the European Court of Justice has broken significant ground for gender equality, with particular emphasis on pregnancy and maternity allowances. 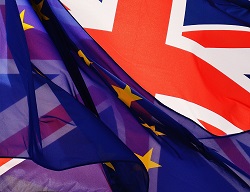 With gender equality still very much a hot topic, the emergence of Brexit can be viewed as particularly untimely, since the UK would no longer be legally obliged to implement the EU Gender Directive if we were to leave the Union. There is a perceived risk of the wind being taken out of this movement’s sails; all the hard work dedicated to campaigning for gender equality has been eclipsed somewhat by this new fear of the unknown. The UK will need to tighten its reins on employment protection in order to still appear an attractive trader to member states, and minimum employment protections could cause a significant delay for the closing of the gender pay gap – especially since our newfound independence from the continent would exempt our government from the EU’s checks and balances.

Several economical concerns are also being voiced, with whispers of inflation, the falling value of the pound and even recession being exchanged among experts. Money is already being moved out of Britain because of a marked lack of confidence in what Britain’s economical state will be post Brexit, with major corporations (such as Silicon Fen ARM Holdings) already being subjected to buyouts.

Whilst initial fears appear to have been amplified, particularly with the political and media coverage, the stability of the UK’s economy is still currently uncertain; the value of the pound dropped soon after the summer votes were cast. Depreciation in a currency’s value usually leads to inflation, which, as a legal requirement, has been kept at around 2 per cent per annum in our country for many years. If the rate of inflation exceeds this 2 per cent by too wide a margin, it’s likely to force interest rates up, discouraging people from borrowing, companies from investing and everyone from consuming. The decline of the pound can be perceived as both a blessing and a curse: imported goods will become noticeably more expensive, yet our tourism sector is likely to experience a boom, as it will be cheaper to visit Britain from abroad.

The UK fully intends to maintain a healthy trade with as many of its existing partners as it can, though Brexit is likely to be viewed by many on either side as a ceremonial bridge burning. In accordance with Article 50 of the Lisbon treaty – which Theresa May has confirmed will be enacted in March 2017 – a nation leaving the EU must do so following two years of negotiations. Taking into account the fact that this has never happened before, there is no precedent to follow. Greenland left the EEC (European Economic Community – predecessor of the European Union) in 1985 following a lengthy and arduous period of debate, but whereas their main point of contention was focussed on losing fishing rights (their main source of revenue), the UK’s situation is infinitely more complicated.

The impact of Brexit is likely to be felt in most companies with long supply chains, such as car or clothing manufacturers. This could mean we have to source new suppliers in other non-European countries, or supply ourselves. Many ‘Leave’ voters remain confident that, given the UK’s position in the global market, not to mention its rich history of innovation in the commercial world, our principal trade connections shouldn’t be tarnished. Several authorities on the matter have suggested that, since we import more goods from the EU than we export to it, it would be mutually detrimental for the EU to cease trade with us, so a drastic change on this front is unlikely.

Unfortunately, these two main issues of equality and sustained trade seem to clash. Employment protection must be kept to a minimum to secure our future business relationships from a financial perspective, yet failure to move with the times could prove disastrous.