The Consumer Prices Index (CPI) annual inflation stands at 2.2 per cent in September 2012, down from 2.5 per cent in August. This is the slowest rate of inflation since November 2009, when it was 1.9 per cent. 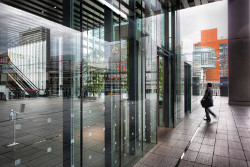 The majority of the downward pressure to the change in the CPI came from the housing & household services sector with September 2011’s utility bill rises falling out of the index calculation. There were significant upward pressures from the transport (predominantly motor fuels), recreation & culture and miscellaneous goods & services sectors

The Retail Prices Index (RPI) annual inflation stands at 2.6 per cent in September 2012, down from 2.9 per cent in August